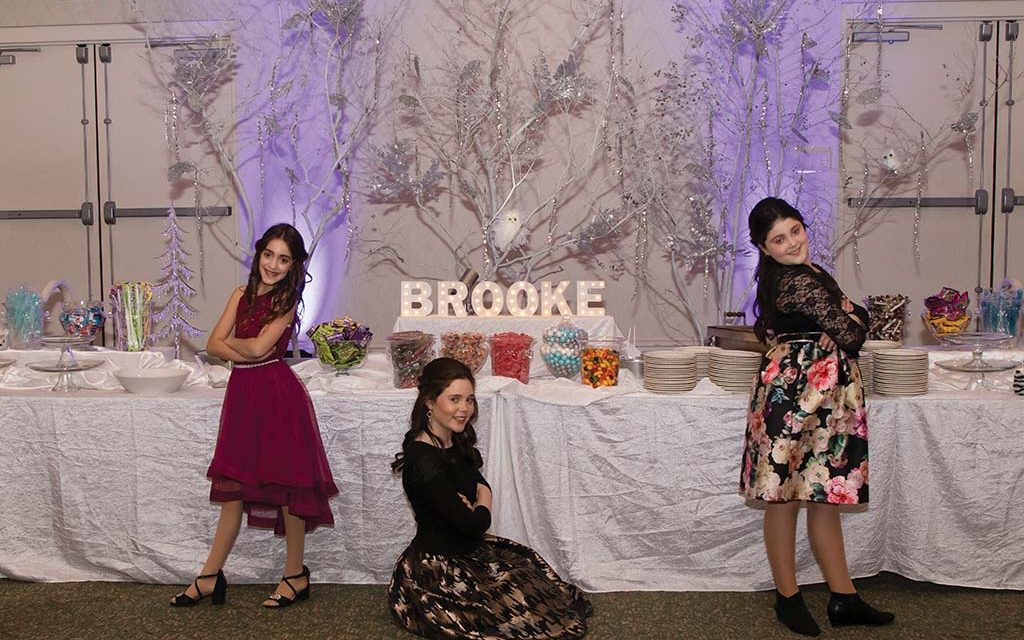 You likely know about the chaos theory’s butterfly effect – how one seemingly simple act can make a huge difference. Well, this profound idea was the focus of Brooke Sanderson’s studies for her bat mitzvah. It was a weekend-long simcha in November 2018 filled with friends, family and Torah.

The festivities kicked off with Shabbat services and Friday night dinner at Chabad, hosted by Brooke’s grandparents – Carol and Stuart Zalowitz of Memphis, and Fern Sanderson of Hallandale Beach, Fla. – at which Brooke’s sister gave a lovely D’var Torah. Shabbat morning services at Chabad and the kiddush Brooke’s parents sponsored “was a family affair, as family members and friends led services and read the Torah,” says Stacy Sanderson, Brooke’s mom. 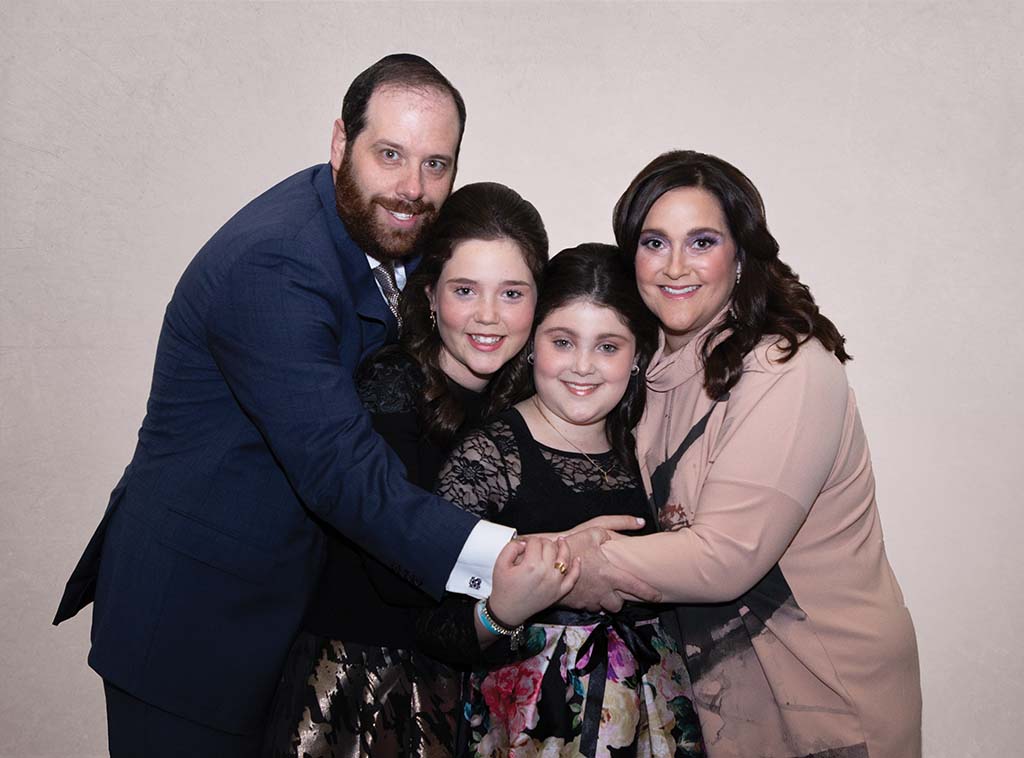 After Shabbat, Brooke’s family, along with more than 300 friends, including about 70 out-of-town guests, headed over to Baron Hirsch Synagogue. Rabbi Benyamin Lehrfield welcomed the celebratory crowd before turning the floor over to Brooke for her bat mitzvah D’var Torah. “Brooke studied with Mrs. Anat Kampf for months leading up to her bat mitzvah,” explains Stacy. “She studied about Rivka, one of the Jewish matriarchs, and about Toldos, the parshah from that week. Brooke’s speech was about the butterfly effect – how one simple act can change the world.”

“There are two characteristics of Rivka that I found very interesting,” said Brooke during her speech. “First, her ability to do chessed, or selfless acts of kindness, and second, her strength of character.”

Brooke spoke about how Rivka not only gave water to Eliezer, the man who was trying to find a wife for Yitzchak, but she had generously given water to his camels as well. See, Eliezer and Hashem had made a deal: When Eliezer asks for water, the woman who offers water to Eliezer andthe camels will be the right woman for Yitzchak.

“Offering animals a drink is especially selfless because the camels were never going to repay the kindness,” explained Brooke. “This simple act not only changed herlife, but also changed the world and all of us in this room. If Rivka would have just been kind and not selfless and had only brought water to Eliezer, he wouldn’t have recommended that Yitzchak marry her. If they were never married, then Yaakov would not have been born, and we might not be in this room together tonight. … When thinking about how I can learn from this, I want to make sure that I am purposeful in my actions. If an action can have effects for generations, then we need to be aware of what we do. If I am more like Rivka, and try to be kind and selfless, then I will have a positive butterfly effect for generations to come.”

Following Brooke’s words of Torah, Baron Hirsch Board President David Mendelson presented Brooke with a chumash and candlesticks on behalf of the Baron Hirsch congregation. Then Josh and Stacy expressed how proud they are of their daughter. “This parshah seems to be perfectly fit for you in multiple ways,” said Josh. “Some of the same traits you admire in Rivka are some of the same traits we see in you. Like Rivka, you are very kind. You have always been concerned with the feelings of others. You have a smile that is contagious.”

“Just a few weeks ago, I got a great compliment about you that I want to share,” added Stacy. “After school one day, you and your friends were playing on the school playground and a younger girl was watching from afar. Her mother told me that she had tried to get the little girl to come over and play with your group, but she must have been a bit intimidated. It was then, the mother told me, that you called the little girl’s name, and went over to bring her to play with you. It was a small act of kindness, but one that made a big impact – not only on the little girl for being included, but on her mom as well.” 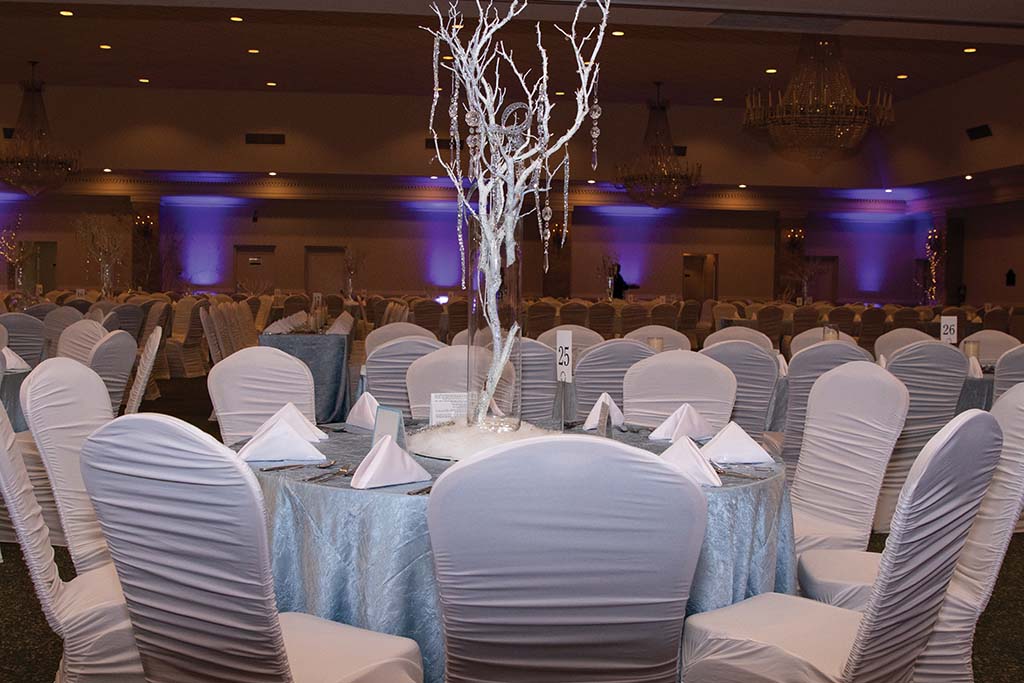 As Brooke’s parents wished her well, everyone was invited into a stunning winter wonderland reception with music and delicious food. “My cousin, Susan Labovitz, did all the decorations. She transformed the room with lighted trees, two nine-foot tall snowmen adorned the bar, the centerpieces were globes full of snow and polar bears – it was amazing! There was even an igloo balloon entrance to the photo booth,” says Stacy joyfully.

“The weather outside was perfect for the winter wonderland theme,” said event planner Einat Loskovitz. “It was freezing that weekend.”

Stacy hired Einat to help direct her eldest daughter’s bat mitzvah and didn’t realize at the time how much she wanted to be involved with the details. “Einat met with me, my mom and my cousin, and we ultimately came up with a plan. Einat introduced us to the vendors, created a timeline and kept things running smoothly the day of the event,” says Stacy “It really helped having a planner who can keep the event running smoothly so that you can enjoy your own simcha without worrying about tiny details.” 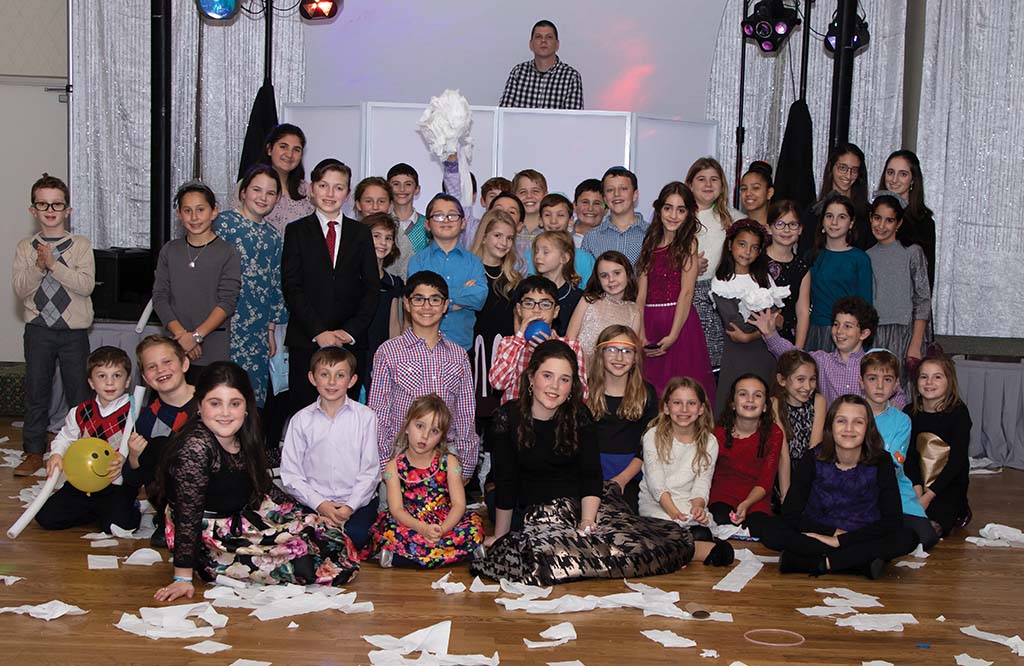 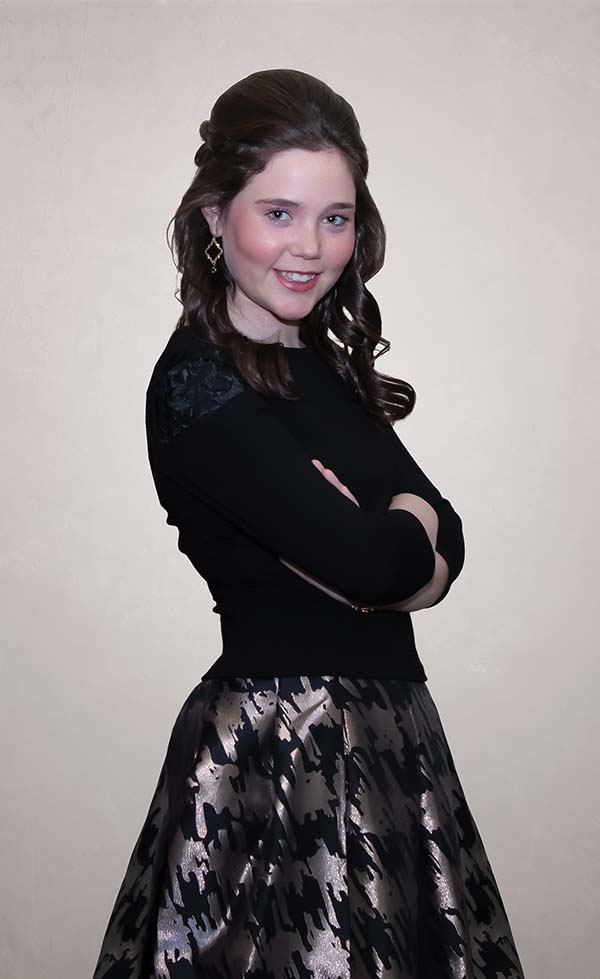 Brooke is ready to celebrate with family and friends after her long studies.

The simcha weekend wrapped up Sunday morning with a brunch for out-of-towners at the home of Dena and Gary Wruble, Stacy’s cousins who hosted the get-together, along with Frances and Herschel Rosenberg.

In addition to her focused Torah studies, Josh and Stacy are extremely proud of Brooke for joining B’nai Tzedek – a local teen philanthropy program. With guidance from the Jewish Foundation of Memphis, teens donate a portion of their bar/bat mitzvah money, and then meet to decide where to allocate the funds for different organizations around Memphis.

“It was an incredible weekend,” remembers Stacy, “as we watched our little girl begin to take on the responsibilities of a young lady.” And perhaps, if we all act more like Rivka and Brooke, the world will be a better place. 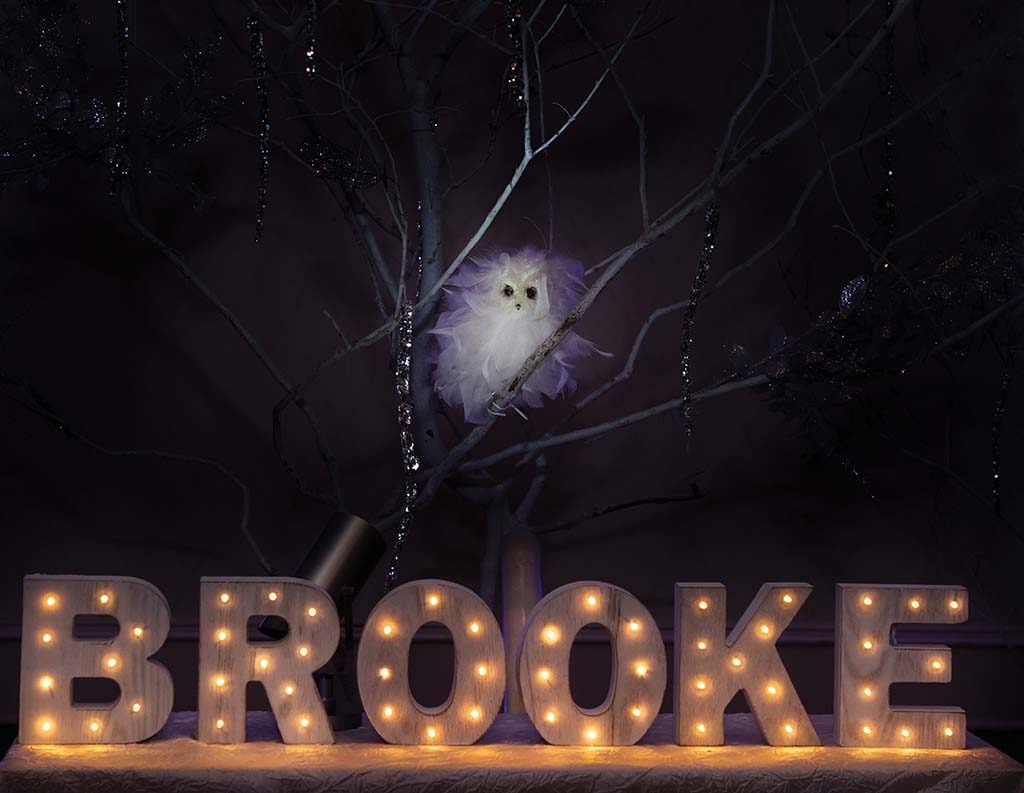 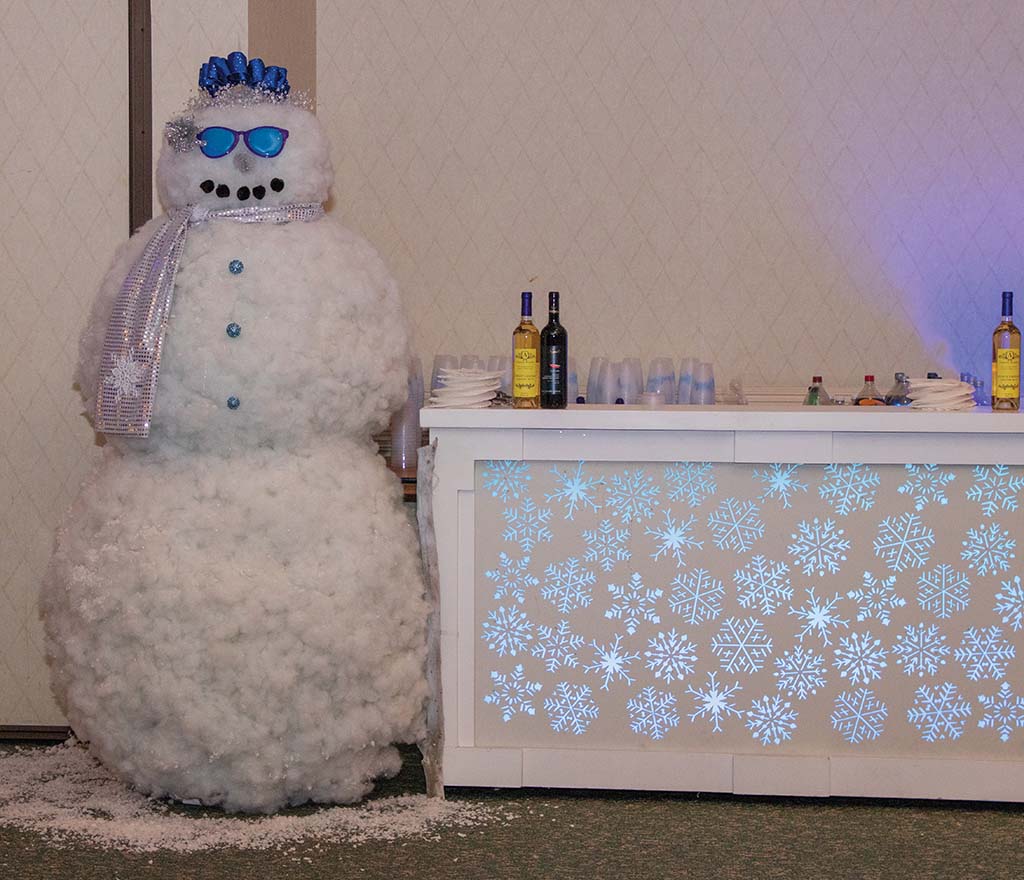 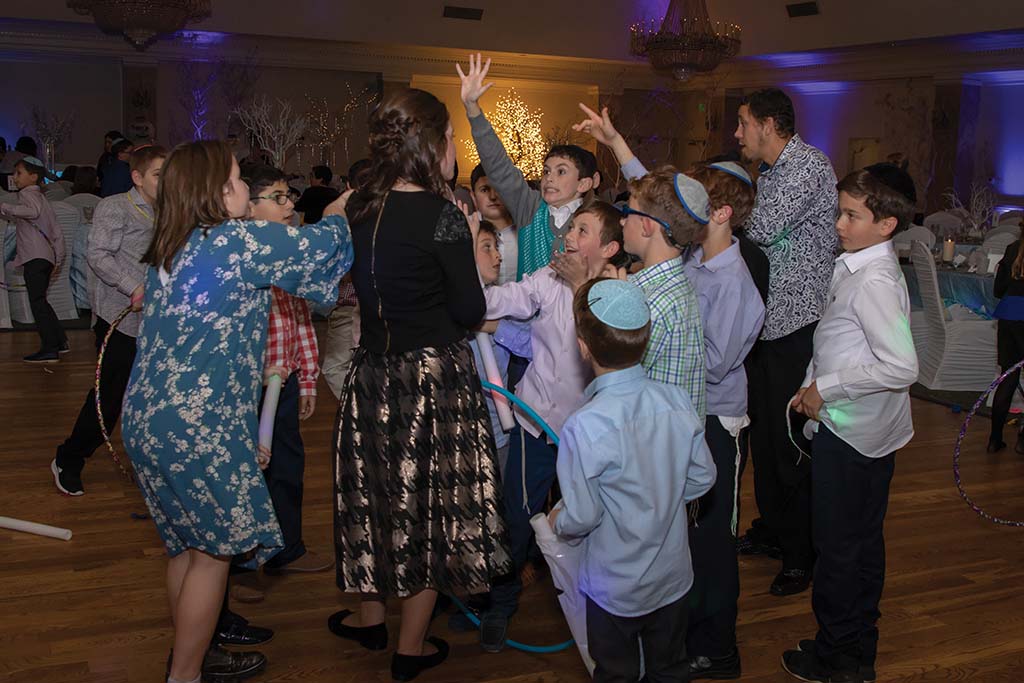 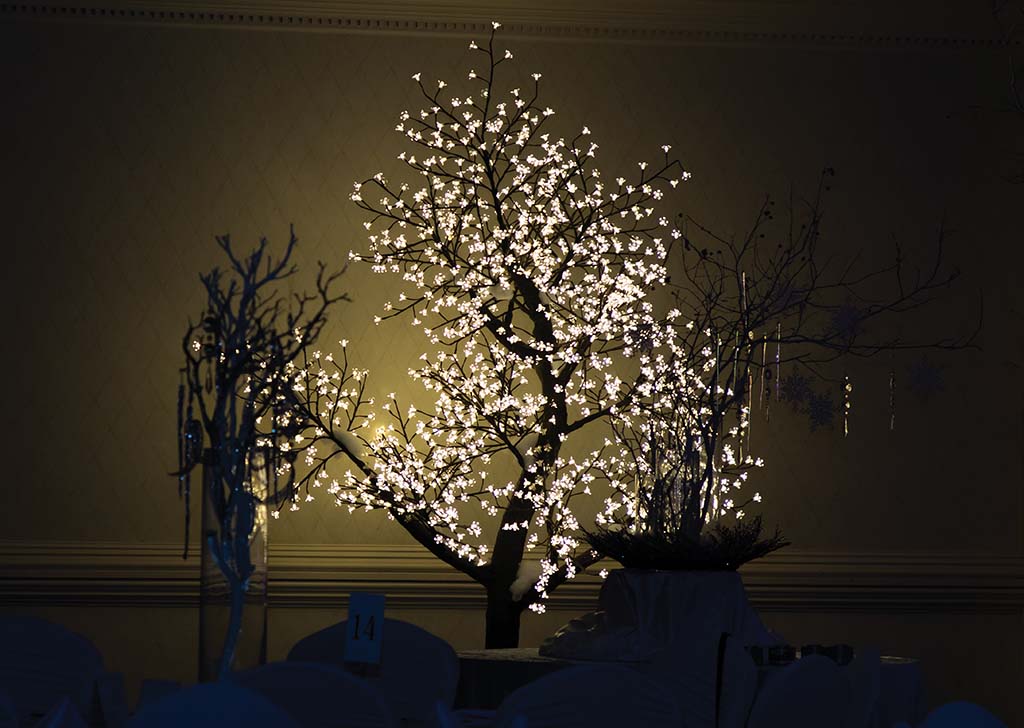 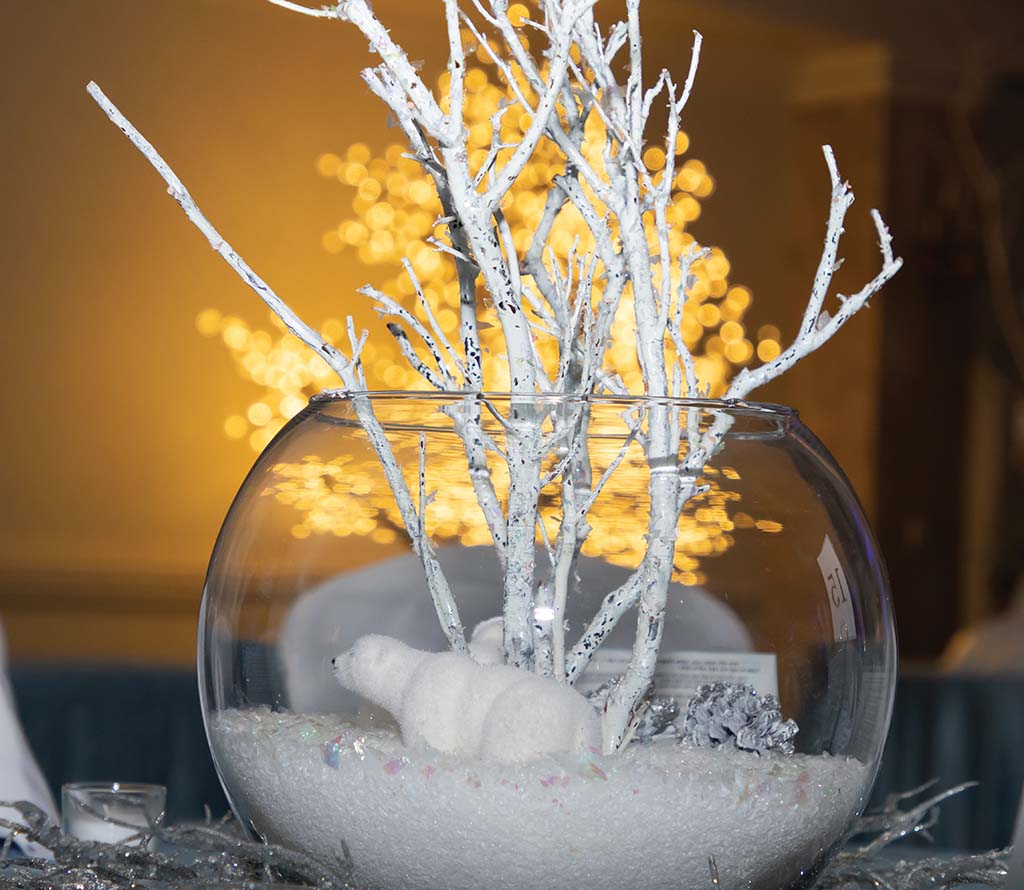 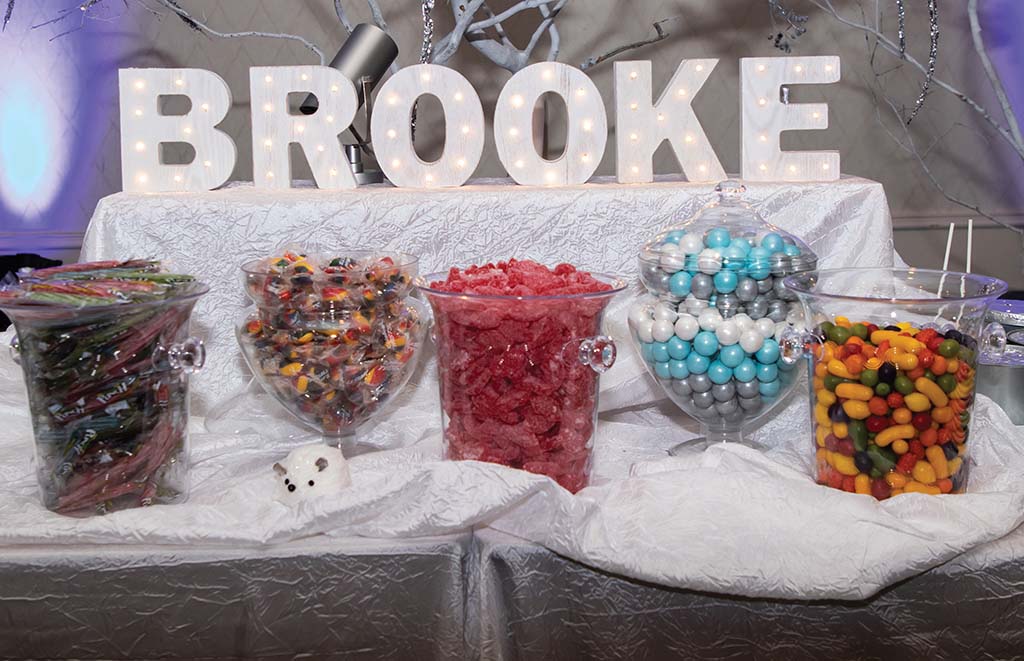 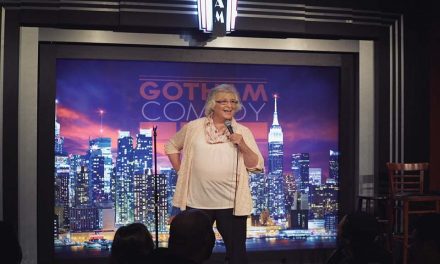 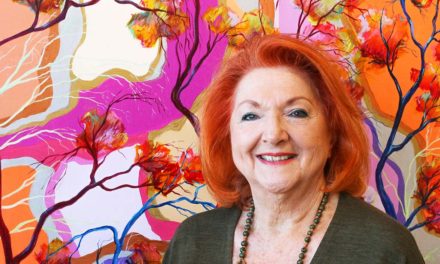 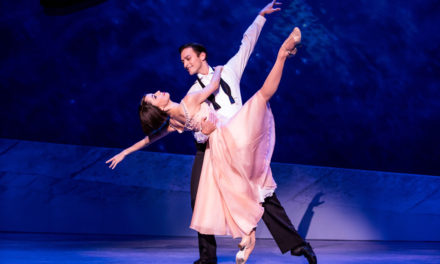 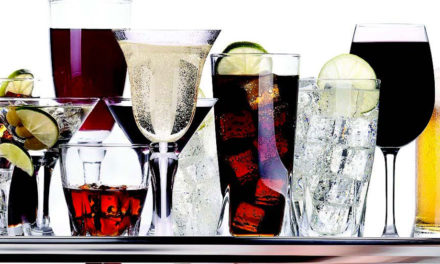