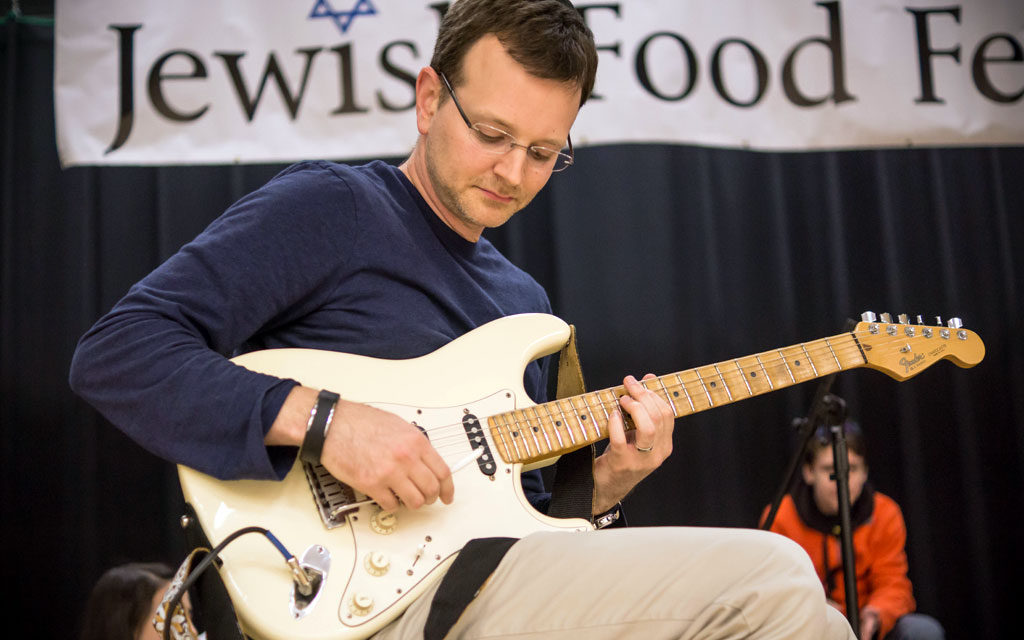 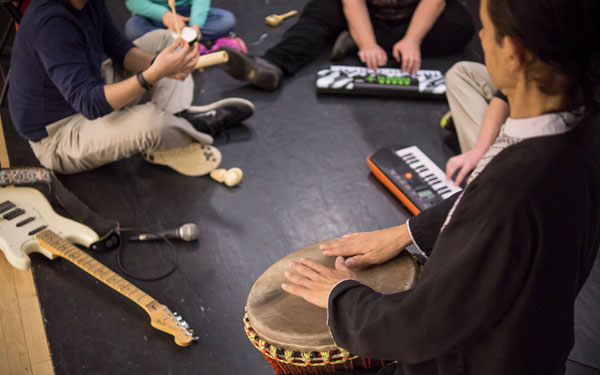 What if you could participate in a language that everyone could understand – no matter what country you or they were from or lived? And what if communicating this way brought you peace and self-awareness?

Sure sounds good to me.

“I believe that people struggle in society and in themselves, from the fact that we think in an artificial system called human language,” says Jason Caplan, an improvisational guitarist and founder of the Universal Language Room. “Human language is a general tool and is not able to tap into the incredible uniqueness of each human. So, we seek answers and meaning in culture, nation, religion, individuality, community – and really, it’s all just a language game that we’re trapped in.”

“I believe people can learn improvisational music as a universal language to tap into a deeper level of intuition and a deeper level of happiness and meaning in life,” explains Jason. “It is a true internal tool of inner discovery, to uncover the unique self.”

In partnership with the Cultural Arts Department at the Memphis Jewish Community Center (MJCC), Jason is opening this special space for improv music called the Universal Language Room. “In addition to the personal journey, the Universal Language Room provides the ability to communicate openly with anyone – without barrier – to the free exchange of ideas because there’s nothing to disagree on. It’s instant unity, tapping into the power of community and belonging without the typical requirement of an ideology or loyalty to a set of beliefs.”
The program, which he successfully produced in New York and Richmond, Virginia, teaches adults of all faiths and backgrounds how to improvise through music, how to play music in a group, put a song together, communicate and simply listen. 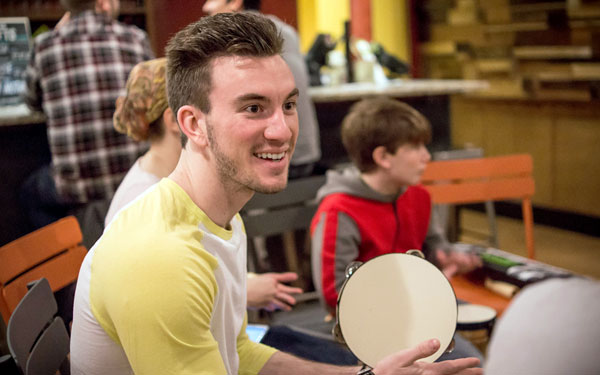 The Universal Language Room will hold two four-week sessions at the JCC on Sundays in July and August 2017. Participants will enjoy a comfortable, no-judgment space for one hour each class. “We’ll be improvising music, which will be the only way to communicate when we get in the zone,” explains Jason. “Best of all, we’ll be using lots of percussive and melodic instruments, so there’s no need for anyone to know how to read music or play an instrument.”

It’s rather fitting that Jason created such a refreshing program, as he’s had a love for music from a very young age. “The first story I heard about my connection to music was that when my grandmother brought me to nursery school, I always went straight to the musical toys. And my mom said I loved the music on my crib mobile,” remembers Jason.

“Our home was filled with music. My dad plays violin, banjo and guitar. Both of my brothers play; Avron plays bass guitar and Gabriel plays guitar professionally in New York.” 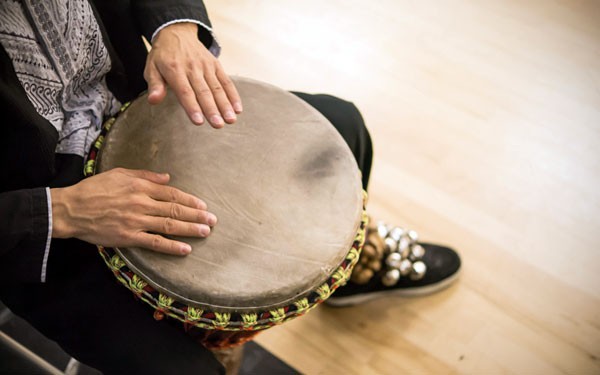 Around 7th grade Jason became immersed in music. “I played The Beatles “Magical Mystery Tour” tape, which just takes you to another place. In their case a very strange place! And I heard “Purple Haze” by Jimi Hendrix at a friend’s bar mitzvah, and I remember thinking, ‘Wow, what is this!’” says Jason fondly. “When CDs came out, I was turned on to Led Zeppelin and Robert Johnson; guys my dad listened to.”
After a brief stint of playing violin by ear in his school orchestra, Jason began playing his dad’s guitar in his room, first figuring out songs on his own until his parents signed him up for private lessons. He formed a high school band, Hobbiton Bridge, and they played rock’ n’ roll at school battle of the bands competitions, colleges, birthday parties and even his brother’s bar mitzvah.

After Jason transferred from Roanoke College to Emory University in Atlanta, he continued to play music with friends around town. Always feeling connected to Judaism spiritually, he became observant while at Emory and after graduating, he went on to New York to learn and study Torah.

“I was playing gigs all over New York City,” he says. “That’s where I met my musician heroes – Dave Liebman, Phil Markowitz, Andy Statman, John Zorn, Kenny Werner. I brought them to a Washington Heights synagogue for a jazz concert series. Seeing such a diverse group of people got me thinking about creating interfaith relationships through music – and that’s what started the original Universal Language Room. It began in a synagogue where we practiced meditation and music.”

From there, Jason opened a Universal Language Room in Harlem and recruited musicians from Sikh and Bahai temples. Jason and a Bahai friend and fellow musician, Gilbert Smith, became co-writers, forming the band Naqshon’s Leap. They wrote about one G-d and one human family. William Ruiz joined as percussionist, as well as those of Christian and Muslim faiths. The group played at colleges and community centers.

“Around this time, I started giving guitar lessons through Lark Street Music store where store owner, Buzzy, eventually let me take over the whole program,” says Jason. “I opened my own music school in 2005 called Intunation, LLC. Four instructors taught voice, piano, bass, drums and guitar. Our students, who were mostly modern Orthodox children from the area and New Jersey, showcased their talents for the community at concerts. It was a lot of fun; I absolutely loved it!”

After six successful years with his music school, and meeting and marrying his wife, Michal, the happy couple decided to relocate to Richmond, Virginia, near Jason’s parents. There he gave guitar lessons and set up a Universal Language Room at Richmond’s Weinstein JCC. But after daughters, Ariella now 6 and Devorah now 4 were born, Jason and Michal were ready for another lifestyle change – somewhere their children, who also love to sing and perform, would have lots of friends in an inviting community, and where Jason could play his beautiful music.

Well, few things are as synonymous with Memphis as The Blues. And Jason sure does have The Blues – musically, that is. He accepted a job offer as a wealth management advisor and moved his family to the Home of the Blues in the summer of 2016. 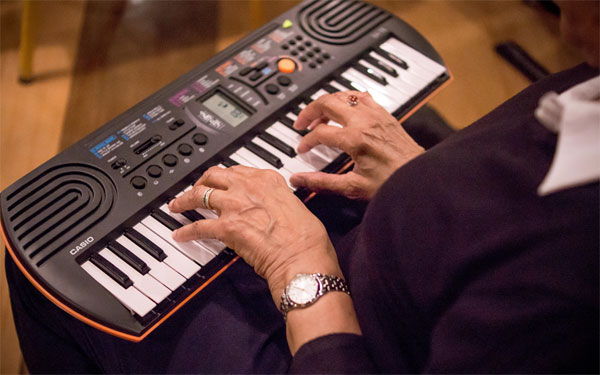 “I met Stephen Wachtell, an incredibly talented saxophonist, and we began playing gigs together,” says Jason happily. “Between the Jewish day school, warm modern Orthodox community and the incredible music, Memphis has everything we were looking for. Right away, I knew we had made the right choice in Memphis.

“I started playing all the music I wanted with amazing Memphis legends – Daddy Mack, Elmo and The Shades, Judge Booker, Joyce Cobb. It’s been a thrill to play with them! Elmo is a quintessential entertainer, Judge is a great bass player, and Joyce, well, she’s a tzedakis as we say; simply radiant,” he says of his local celebrity friends.

By opening the Universal Language Room at the MJCC, Jason aims to give people healthy escapism.

“One of my most memorable experiences was being invited to sing at a Sikh service in New York,” he says. “I sang in Punjabi, and it was the most amazing experience! I want the Universal Language Room to convey that experience of unity. People need an escape from life sometimes, and this is a safe way to do it. It lets people’s mind calm down and can serve as a healing process. Escapism is good when it’s done safely.

“Rabbi Akiva was only one of four rabbis to enter the mystical realm of Pardes and return to the physical world safely,” continues Jason. “The Talmud says, ‘He left in peace and returned in peace.’ To me, it means that Rabbi Akiva didn’t use mysticism as an escape; he made peace with our imperfect, flawed world, before going to seek out more beautiful and spiritual realms. And in that way, he didn’t reject the world, he returned to inspire himself and others to improve society and ourselves. That is the safety feature of music – it can help us see the spiritual world, while keeping us grounded in this one.”

It’s quite apparent that Jason has certainly been hitting all the right notes. I’ve even had the privilege to sing with him as he played, and I’ve found myself getting lost in his genius, hypnotizing guitar playing that looks and sounds effortlessly blissful.

As if all his musical experience wasn’t enough, Jason also received a glowing endorsement for Universal Language Room from jazz legend, Dave Liebman. His letter reads in part:

“I am very excited about this project of yours. The Universal Language Room has a tremendous vision, which is to offer any person immediate access to the direct experience and beauty of improvisational music. Improvisation, on any level, is something very special and has the power to change lives and behaviors, especially when it involves groups of people.”

Jason hopes not only to expand this program to other age groups, especially for children as research has shown they greatly benefit from music programs, but also to other markets around the country. He’s seen the positive affect his music project has had in several environments including other houses of worship, jails, an autism camp and an addiction center. 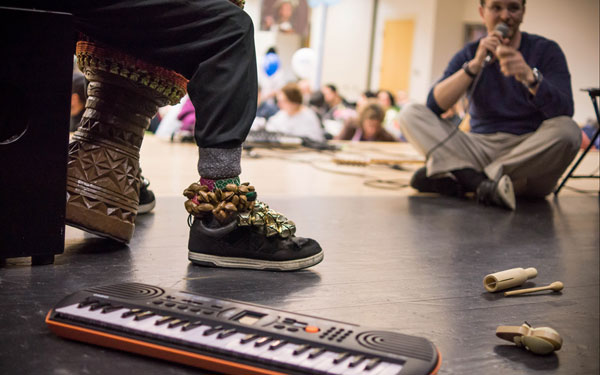 Jason is not only pleased to share his love of music and its healing powers, but he also hopes people will “take home what they’ve learned through music and improve their lives.”

Space for the Universal Language Room at the MJCC is limited to 15 adults for each of the two summer sessions: 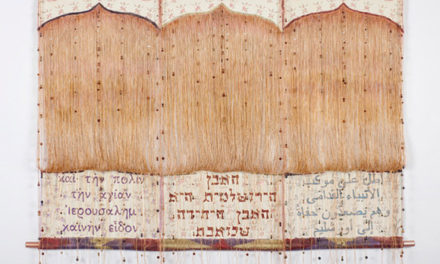 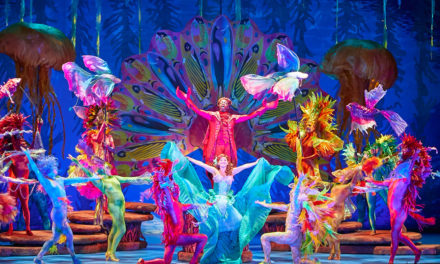 The Little Mermaid Live at the Orpheum 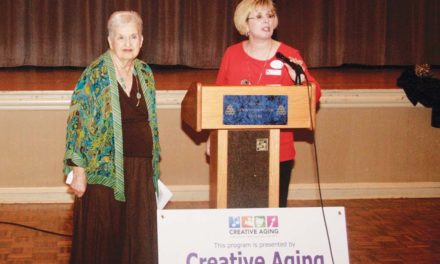 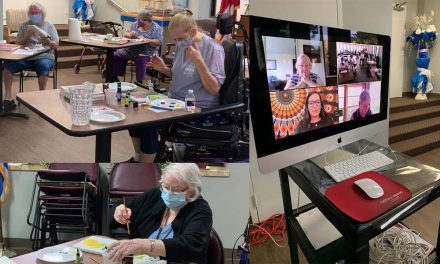