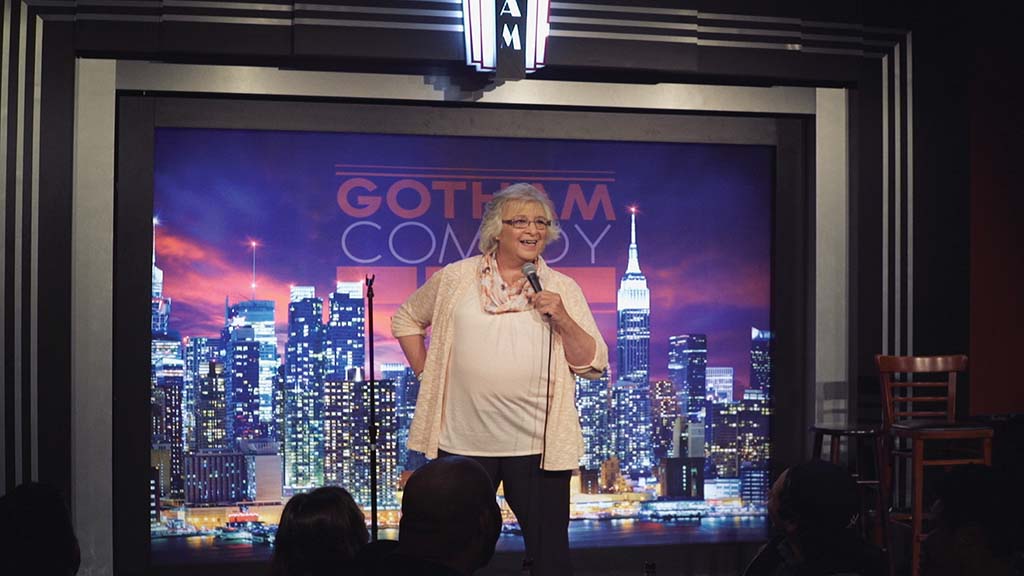 Five years ago, a relatively unknown stand-up comic got her big break on an episode of “America’s Got Talent.” Julia Scotti appeared to be a kindly grandmother when she took the stage. She proceeded to get big laughs from tough judges like Simon Cowell and Howie Mandel.

Then things took an unexpected turn. After her performance, Julia made an admission to the judges. She was, until recently, living her life as a male stand-up comedian named Rick Scotti. Julia is a transsexual who came out on national TV. 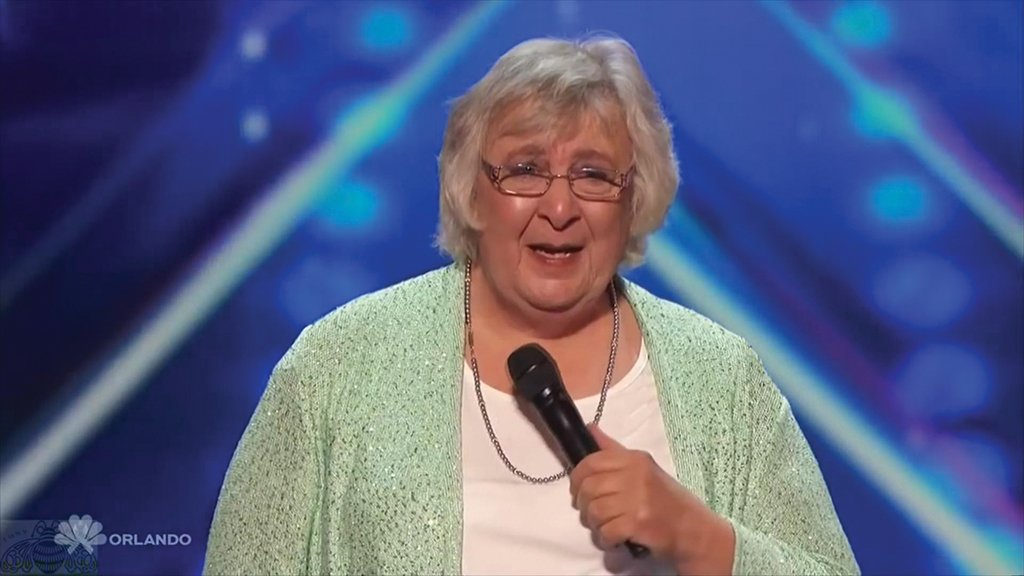 Now, Scotti’s journey is the subject of a documentary created by the noted Jewish writer Susan Sandler. “Julia Scotti: Funny That Way” is also Sandler’s directorial debut. Sandler is probably best known for her Golden Globe nominated screenplays for Crossing Delancey and Friends At Last. She is also on the faculty at NYU Tisch Film & Television.

“Julia Scotti: Funny That Way” has achieved kudos from many film critics. Indiewire called it “must-see” and Hammer to Nail praised it as “an unexpected journey and comeback story unlike any other.” It has been a favorite at film festival competitions, including Geena Davis’s Bentonville Film Festival, aGLIFF, NewFest, Nantucket, Athena and the Sebastopol Documentary Film Festival.

Carly Reicho, director of Film Distribution at 1091 Pictures said of the documentary, “Julia’s life story is an important and touching one, and we are excited and honored to support its telling through the release of Susan Sandler’s wonderful film.” 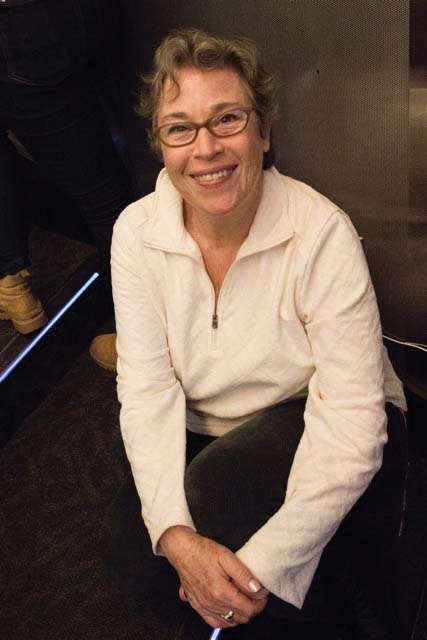 Among the film’s honors is the Audience Choice award at the Paley Center for New Media Doc Pitch. Jewish Scene Magazine recently caught up with Sandler, and we asked her how it felt to be recognized with prestigious awards for a first-time director.

“It was thrilling!” Sandler said. “This has been an amazing journey over the five years of making this film. We just got a review today that called the film ‘a classic epic, it’s virtually impossible not to be drawn in, moved, and come to care deeply for the hero. And, at times, you’ll laugh yourself silly.’”

Sandler shot the film over a five-year period, during which she tracked Scotti’s comeback, life on the road, and reconnecting with her children.

“Julia Scotti: Funny That Way” is funny, poignant and has elements of sadness. It elicits a full range of emotions for the viewer, especially audiences whose knowledge of the trans community is limited. Mostly, though, it is a story of redemption and achieving happiness.

At the beginning of the film – narrated by Rick Scotti – we learn about the subject’s background, life and struggles.

“Because of what I am, I am an outsider,” Scotti tells us. “I straddle both the gay and straight worlds, floating somewhere in the middle, and unable to be a part of either.”

We learn of Rick Scotti’s successful career as a stand-up comedian when he toured with Jerry Seinfeld and Chris Rock. The description of his three marriages shows far less success. Scotti’s mastery of comic timing helps soften how she shares the struggles she faced during those years.

“I was living the dream, but something was wrong,” Scotti said. “I was married when I came out. [pause] You should have been there for THAT conversation.”

During that time, many of Scotti’s friends from the comedy world turned away from her. Scotti goes on to recount the challenge of coming out to her family.

“Then it came to telling my kids,” Scotti said. “I cannot tell you how difficult that was. . . I had been trying to find the words to say it for a couple of months. I was about to kill their father. In a Starbuck’s of all places.”

That encounter led to a 14-year separation between Scotti and her children, an experience she called “always a sadness in my heart, every day without them.”

Rick Scotti’s true awakening at age 47 led to a year of hormonal treatments, surgery, and a new identity as Julia Scotti. The surgery that completed Scotti’s transition from Rick to Julia came in 2002. She described how the experience felt for an older person. Again, Scotti the comedian finds a way to lighten a very serious subject.

“I missed all the good stuff about being a young girl,” she said. “By the time I woke up from surgery I was in menopause.”

Eventually, Scotti reinvented herself as an older and wiser comic. The allure of the stand-up comedy world never left her, and she eventually stepped back on stage at an open mic. The story has a happy ending, but not without a few bumps, including a health scare. But Julia Scotti is now considered a welcome presence both at comedy shows and speaking on behalf of the LGBTQ community. And just as she returned to comedy, her children reached out to her after 15 years of silence.

Sandler said her knowledge of the world of comedians was informed by the insular and talented world of Jewish stand-up comics.

“Many of Julia’s comedy heroes are also mine: and they all happen to be Jewish!” Sandler said. “Mel Brooks, Carl Reiner, Lenny Bruce, Joan Rivers. Like Julia, they look at themselves through a profoundly honest lens and that’s where good comedy thrives.”

Sandler said she hoped audiences who watch “Julia Scotti: Funny That Way” come away from the experience understanding that people need to do whatever it takes to achieve happiness.

“Julia lives her truth with fervor, ease and humor,” Sandler said. “I hope our audiences will embrace her joy in living fully in every moment with authenticity – be your true self.”

You can view the trailer for “Julia Scotti: Funny That Way” on YouTube. The film was released through video on demand on June 1, and is available for purchase from iTunes, Amazon Prime Video, Google Play, Xbox, Vudu and DirecTV. 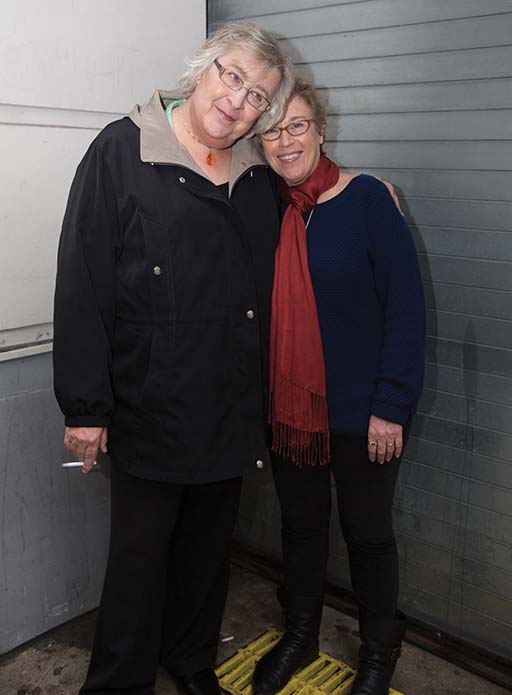 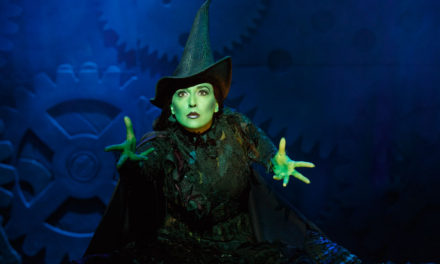 WICKED at the Orpheum Theatre in March 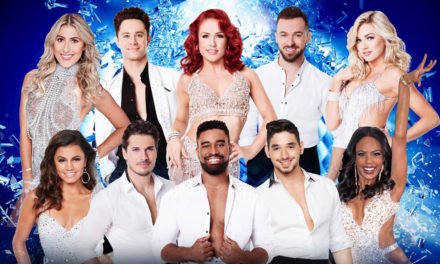 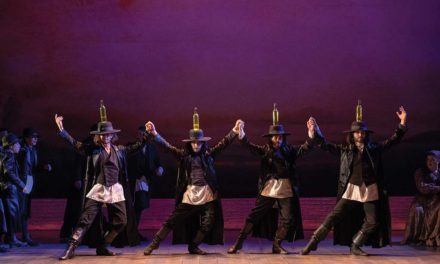