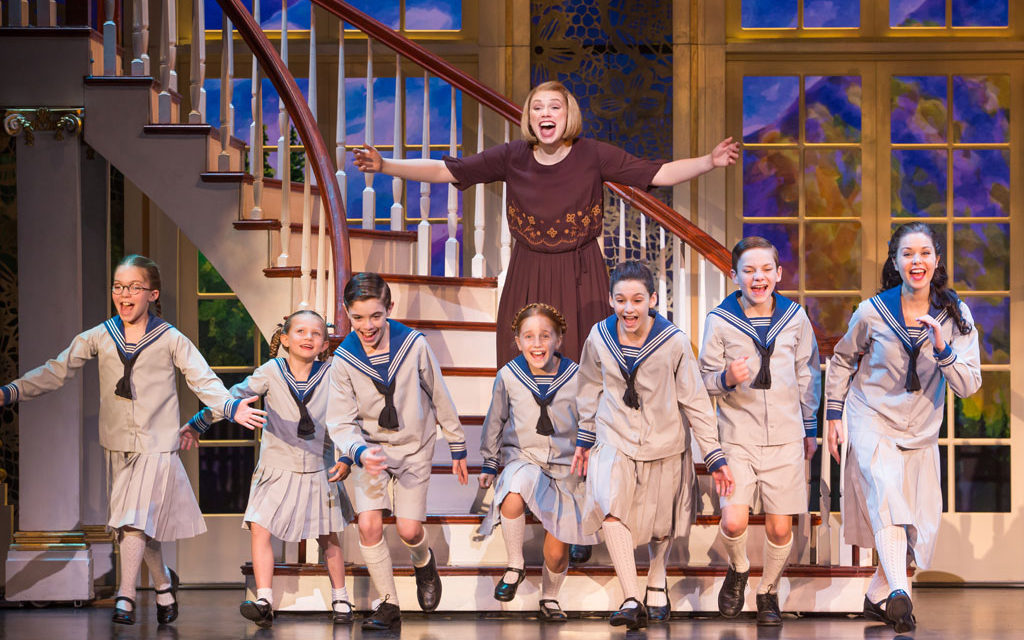 ALL PHOTOS BY MATTHEW MURPHY

THE SOUND OF MUSIC

Suggested by The Trapp Family Singers by Maria Augusta Trapp

PLAYS IN MEMPHIS APRIL 18-23 AT THE ORPHEUM THEATRE 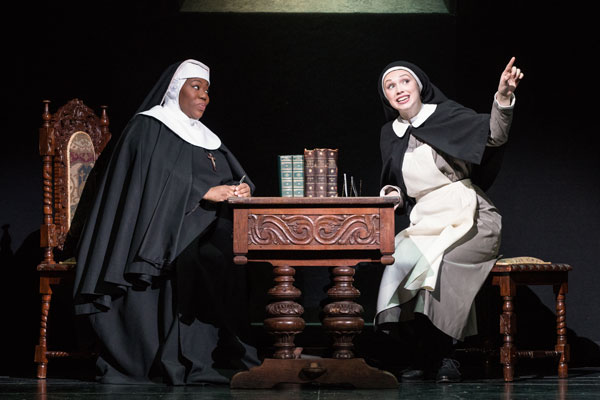 THE HILLS ARE ALIVE! A brand new production of THE SOUND OF MUSIC is coming to Memphis. The spirited, romantic and beloved musical story of Maria and the von Trapp Family will once again thrill audiences with its Tony®, Grammy® and Academy Award® winning Best Score, including “My Favorite Things,” “Do-Re-Mi,” “Climb Ev’ry Mountain,” “Edelweiss” and the title song.

According to O’Brien, “THE SOUND OF MUSIC has been in our ears for decades, as it deserves to be. But it might be time to look once more, and more closely, at this remarkable work which, I feel, begins to reveal itself as deeper, richer, and more powerful than ever. It’s no longer ‘your mother’s’ familiar SOUND OF MUSIC. We are tearing off the varnish of the past from one of the great glories of our theatergoing experience and making it fresh! This is an opportunity we’ve all longed to create!”

Producer Beth Williams (Grove Entertainment) said, “It’s a great privilege to bring this beloved Rodgers & Hammerstein musical to theaters across North America. We hope that people of all ages will continue to fall in love with it for the first time, or all over again, and that it will truly become one of their ‘favorite things.’ From our distinguished team led by the creative master Jack O’Brien, audiences can expect a truly magnificent production of THE SOUND OF MUSIC.”

In the words of Ted Chapin, President of Rodgers & Hammerstein, “THE SOUND OF MUSIC continues to be the world’s most beloved musical. When a major national tour was suggested, I not only agreed, but was willing to roll up my sleeves and do whatever I could to fashion a new stage production that would re-engage today’s theatergoing public. The show was originally created for Broadway, and seeing it on stage only reinforces the power of the story and the score. And with Jack O’Brien at the directorial helm – well, we simply couldn’t do better. Landing somewhere between The Coast of Utopia and Hairspray (shows for which Jack won the Tony®), his production is smart, focused, and surprising.”

THE SOUND OF MUSIC enjoyed extraordinary success as the first live television production of a musical in over 50 years when “The Sound of Music Live!” aired on NBC in December, 2013 and was seen by over 44 million people. 2015 marked the 50th anniversary of the film version, which continues to be the most successful movie musical in history. The spirited, romantic and beloved musical story of Maria and the von Trapp family will once again thrill audiences with its Tony®, Grammy® and Academy Award® winning Best Score, including “My Favorite Things,” “Do-Re-Mi,” “Climb Ev’ry Mountain,” “Edelweiss” and the title song.

“Nicholas Rodriguez assumes the crucial role of Captain von Trapp, bringing me not only pride that one of my own friends has turned up in the perfect role, but with the assurance that our audiences are about to hear this great music sung as beautifully as can be imagined,” said director Jack O’Brien. “Nicholas’s voice is one of the major theatrical gifts I’ve known, and any production lucky enough to snag him will glow with melodic pride!”

O’Brien also had this to say about casting the iconic role of Maria: “I was privileged to actually see Mary Martin in the original production — as I was myself just a junior at the University of Michigan.  She was a great star, and she was giving a ‘great star’s’ performance.  She was at the apex of her career, and she was both brilliant and 46 years old. But in reading it privately, something caught my eye:  Maria is probably, as a postulant, no more than six or seven years older than Liesl!  She may be many things — a country lass, a climber-of-trees, a young renegade, but she is clearly NOT an established star!  How interesting!

I’ve always believed Maria was a ‘star-making’ part, rather than the leading role we remember from the movies and our experience; so I went looking for someone with star-making magic.”

“Kerstin Anderson, our original Maria in THE SOUND OF MUSIC, was just such an original — and as a truly youthful “discovery” in her theatrical debut.  So when it came time for her departure, one wondered if lightning ever strikes twice….and then, Charlotte Maltby walked through the door.  The daughter of celebrated writer and director, Richard Maltby, Jr, she was, of course, theatrical royalty personified; but was I prepared for her poise, her naturalness, her timing, her elegance?  No, I was not.  Was I prepared for that voice — one of the richest and most powerful I believe I have ever heard in a theatre before? No, I most assuredly was not.  And yet, there she stood — and the tears in my eyes as I heard the first notes of THE SOUND OF MUSIC testified that we were in a small age of theatrical miracles:  there was lightning once more, pure, and anything but simple.”

About the Orpheum Theatre Group:

The mission of the Orpheum Theatre Group is to enhance the communities we serve by utilizing the performing arts to entertain, educate, and enlighten while preserving the historic Orpheum Theatre and the Halloran Centre for Performing Arts & Education. For more information, visit www.orpheum-memphis.com. 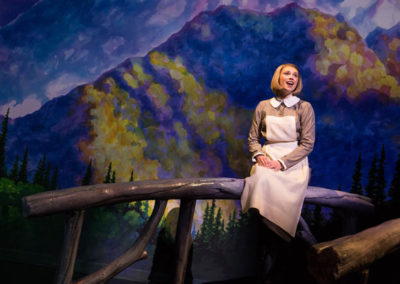 “The Sound of Music” Charlotte Maltby as ‘Maria Rainer’ 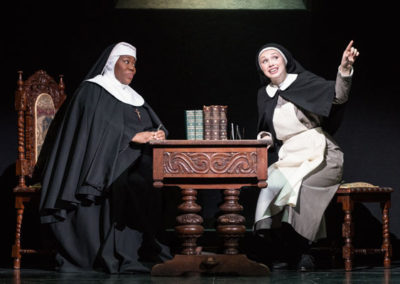 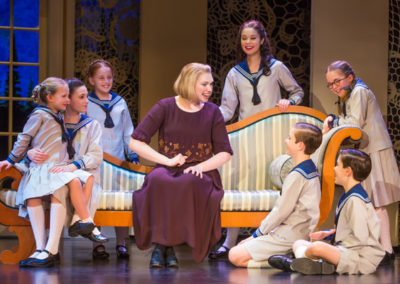 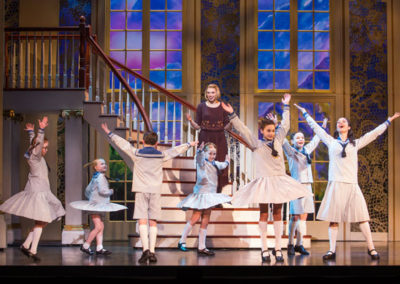 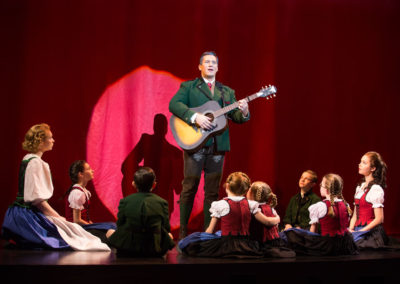 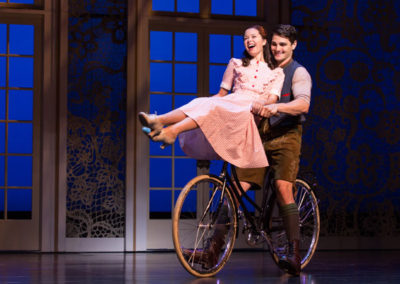 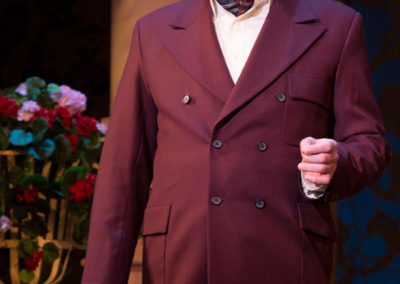 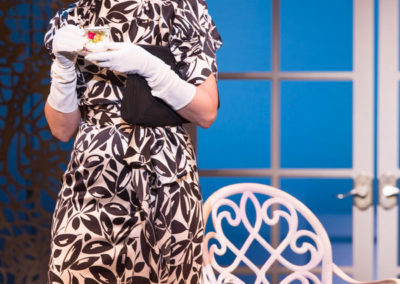 THE SOUND OF MUSIC enjoyed extraordinary success as the first live television production of a musical in over 50 years when “The Sound of Music Live!” aired on NBC in December 2013 and was seen by over 44 million people. 2015 marked the 50th anniversary of the film version, which continues to be the most successful movie musical in history. 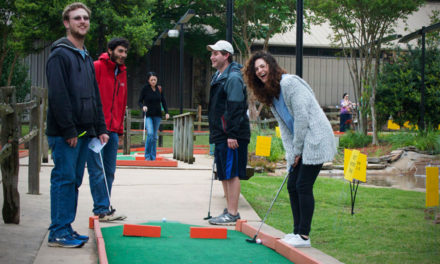 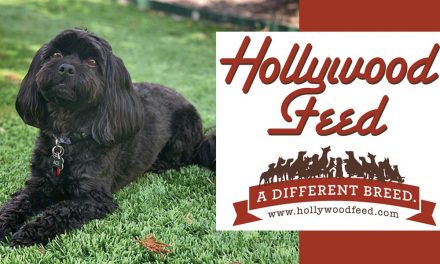 An Ace of a Pup 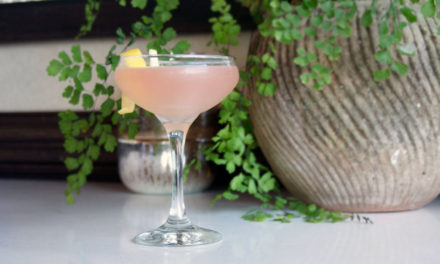 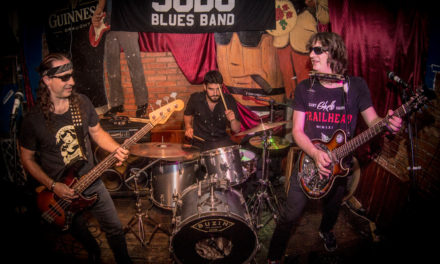