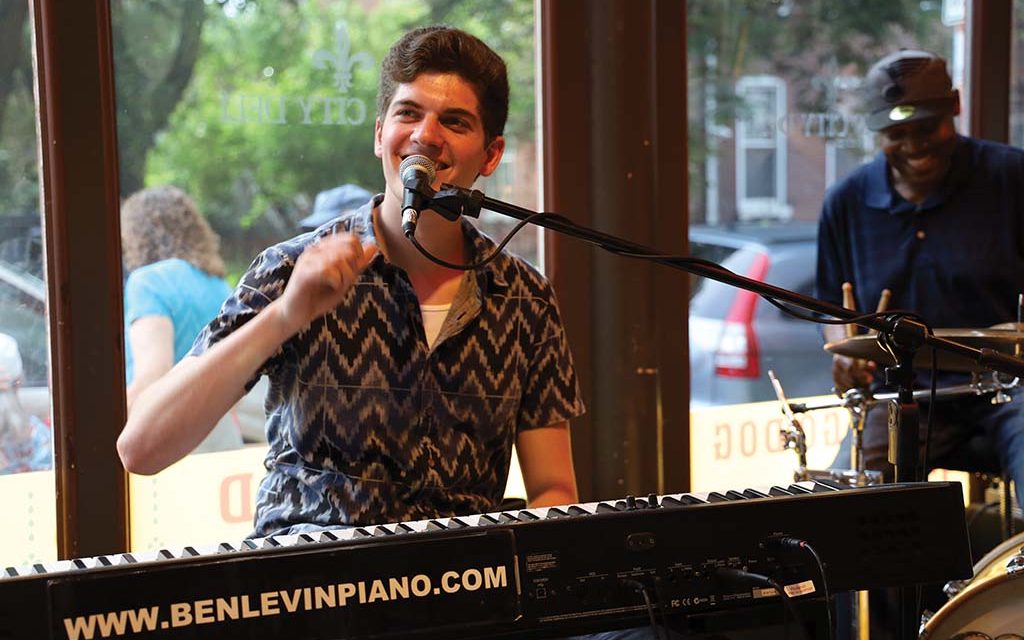 One of the nominees at the 2020 Blues Music Awards in Memphis isn’t a veteran musician from the Mississippi Delta. He’s a 20-year-old Jewish piano prodigy who’s taking the blues world by storm.

When the Blues Foundation honored top musicians on May 7, Ben Levin was one of five artists nominated in the Best Emerging Artist Album category. His album Before Me features both original music and covers that pay homage to his musical influences. The winner in the category was Kingfish by Christone “Kingfish” Ingram. 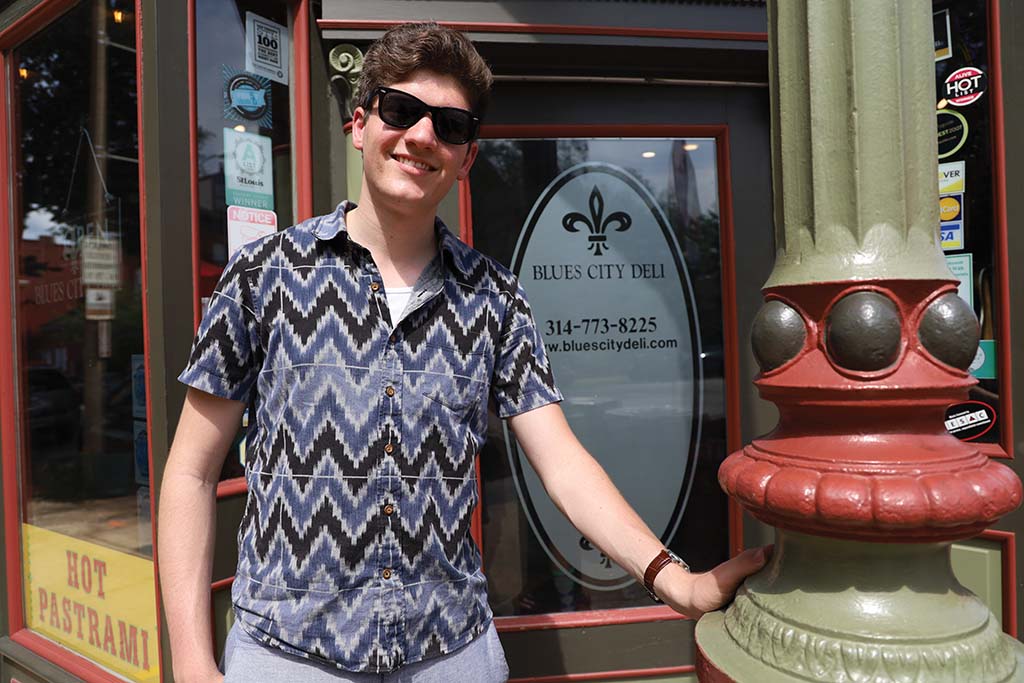 Even as a runner-up, Levin views the BMA nomination as validation of years honing his craft.

“It feels good. It makes me feel like a lot of this hard work that I’ve been putting in is paying off,” Levin said. “I’ve also had a lot of encouragement from my dad and my family.”

Aron Levin, Ben’s father, is a guitarist who’s band—known as The Heaters—has built a following in Cincinnati where the Levins live. Aron said when he grew up, he remembered hearing the soundtrack for “Fiddler On The Roof” playing often in his parent’s home. Aron passed his love of music along to Ben. Instead of show tunes, Aron played blues legends like Albert King, B.B. King and Stevie Ray Vaughan. Levin family legend suggests that Ben’s grandfather favored rock n’ roll. 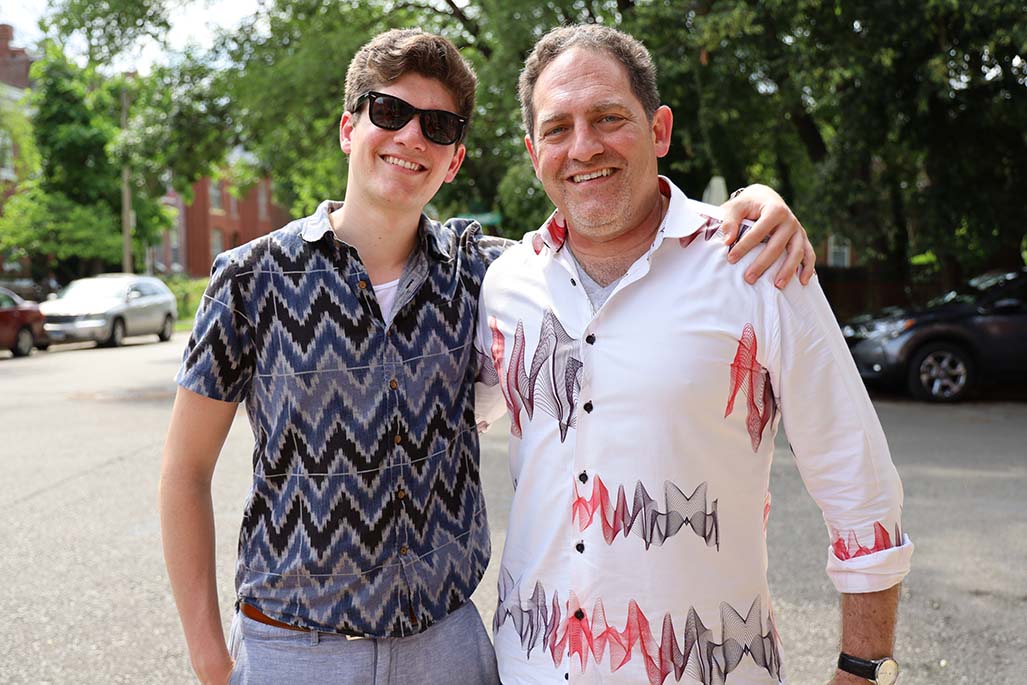 Ben and his father, Aron Levin.

“It was the late 50s, and he was listening to Fats Domino and Little Richard and Chuck Berry,” Levin said. “The story goes that he came home with the records and his mom said, ‘Get that stuff out of my house!’”

Ben showed a talent for music early on. His first live performance came when he was in the second grade. He played an original piece for his classmates, a slow blues ballad in C minor. The subject wasn’t about lost love or hardships of growing up poor. It lamented the quality of food in the school cafeteria.

He quickly progressed and showed exceptional talent at piano. According to Aron Levin, “Ben started playing with us when he was about 11, then he started getting taller and getting better musically.”

Levin has already achieved a number of honors, including two Blues Blast Music Awards for his first album, Ben’s Blues. The BMA awards represent a major accomplishment, according to Barbara Newman, president and CEO of the Blues Foundation.

“It’s significant for any artist irrespective of age,” Newman said. “The BMAs are the largest and most important blues awards that are given out internationally for performing and recording. These are the awards that are being tracked and followed by the entire blues and music industry, so the people that are watching what is happening with the nominations are all of the major labels, all of the managers, the festival bookers, the club managers, the publicists, journalists and DJs.”

With Levin’s Before Me album, he collaborates with top talent, like guitarist Bob Margolin, another prominent Jewish blues musician. Aron Levin backs up his son on guitar as well. Some of the other noteworthy musicians featured are drummers Oscar Bernal and Philip Paul.

“Phillip was a session drummer at King Records in the 50s and 60s,” Levin said. “He was 93 when we went into the studio. I wanted to show that not only is this genre of music still alive, but he’s still playing, too.”

One of Levin’s goals is to introduce new audiences to the blues, including Millennials. He wants to share his love for the music and ideally see more faces in the crowd that are his age. Blues fans who aren’t familiar with Levin may grow in number following the BMA awards. It’s an important career boost for a young artist, according to Barbara Newman.

“Being nominated is the holy grail because the nominations are based on very serious review by experts in the blues across gender, age, and race, and nationality, so these are the people who know what good music sounds like,” Newman said.

Ben Levin has already gained an international following. This fall he’ll be a featured artist at the Swing Wespelaar blues festival in Belgium. His daily routine includes practice, listening to music and schoolwork. He’s a full-time student in his second year at the University of Cincinnati. Ben recently moved into his own apartment. His roommate is an exchange student from Israel.

“We met through a jazz appreciation class,” Levin said. “He loves Charlie Parker and Miles Davis. This kind of sums up our routine: Last week for dinner we made matzoh ball soup, Rueben sandwiches and potato latkes. I love that part of Jewish culture—and by the way, we were listening to jazz and blues while we were eating.” 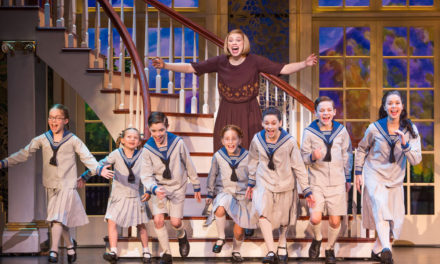 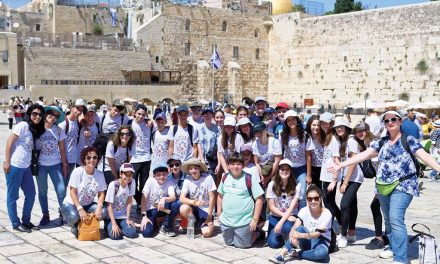 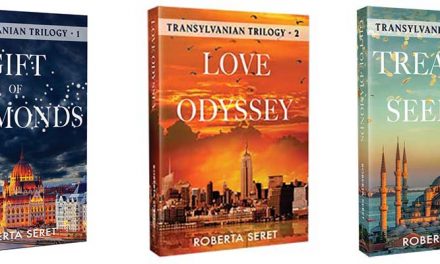