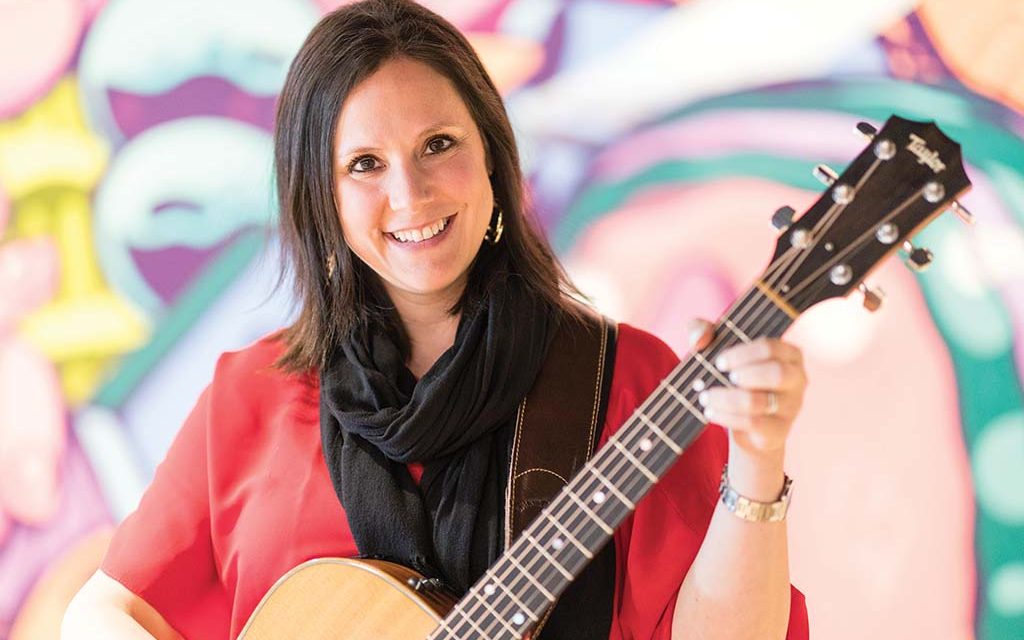 There’s nothing like a pandemic and cross-country move to generate a little stress. Add to that the pressure of being the mother of three young children and a professional musician. That’s the life of Abbie Strauss, who manages to pull it off with grace and ease.

Abbie has been the cantorial soloist at Temple Israel for the past five years. In May she and her husband, Rabbi Feivel Strauss, relocated to Palm Beach Gardens, Florida, where they both will serve Temple Judea. It’s a great opportunity to build a Jewish community in a growing synagogue, she said, but it won’t lessen the wonderful memories and friends she made in Memphis.

“This community is loving,” said Abbie. “The people here have just been outstanding. The music and the collaboration and the people are really what I’m going to miss most. The people in the congregation are incredible. And I know that we’ll stay in touch. In Florida there are lots of people connected to Memphis. And now people are more aware they can pray online. So maybe we can keep a connection even when I live stream!” 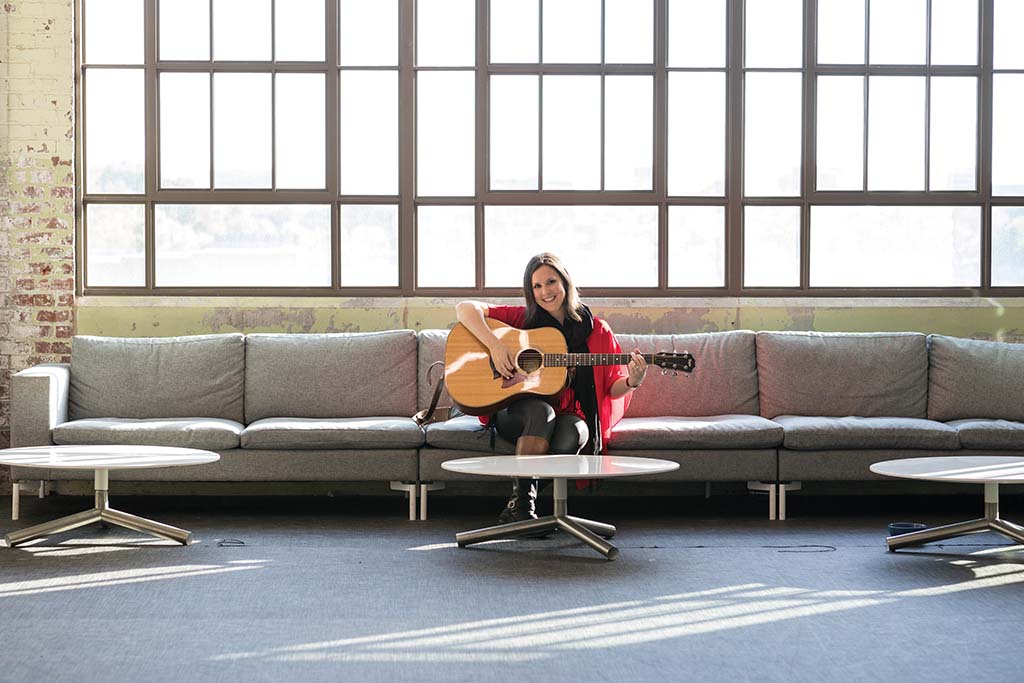 Music is a significant part of Abbie’s life. When she’s not performing cantorial soloist duties, she is literally a rock star. In fact, she was one of the first artists featured on Jewish Rock Radio, the popular internet station celebrating its 10th anniversary this year. The station (jewishrockradio.com) now exceeds 1,500,000 listening minutes per month. Since the COVID-19 pandemic has confined millions of people to their homes, Jewish Rock Radio has become even more significant with streaming volume increasing each week.

“Jewish Rock Radio has literally been the foundation of everything that I’ve done and accomplished as a musician,” Abbie said. “There’s always a support group, there’s always a way to get your voice and your message out. And it’s really the only platform that I see as someone who came in as an emerging artist.

“They help bring everyone together and closer to Judaism through music and help artists realize that we have a lot of exciting work that needs to be done,” she said. “And people now need that more than ever. As I’ve emerged as an artist, changed and grown and created programs, it has just become such a light and such a way of expanding our community.” 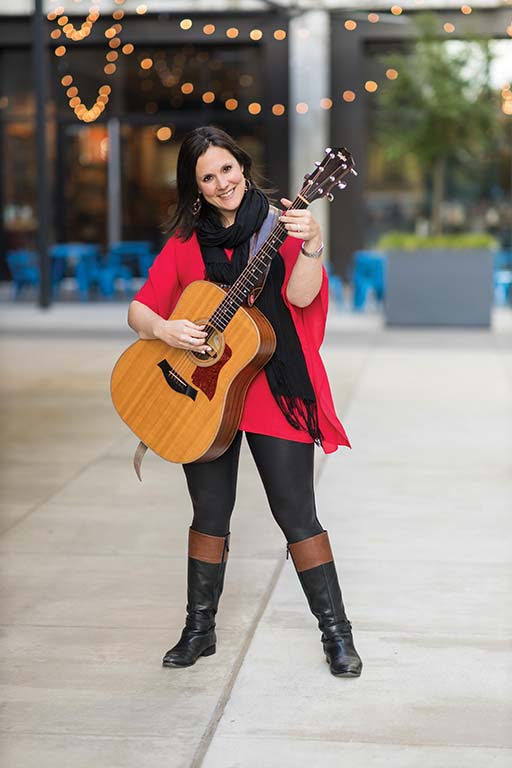 Abbie’s talent and charisma helped develop her fan base, and her growth as an artist is inspiring to Rick Recht, executive director of Jewish Rock Radio.

“I’ve loved watching Abbie’s career and voice as a Jewish artist evolve through her collaborations with other Jewish Rock Radio artists,” Rick said. “Even beyond performing at live concert events and recording songs, it has been particularly special seeing her participate in the growth and cultivation of a supportive, loving artist community.”

One initiative Abbie is especially proud of is “Judaism: Inside Out,” a musical philosophy she founded that engages the mind, body and soul. It grew out of a music program she implemented for children at Temple Israel.

“All of a sudden, it went from about eight kids that would come hang out to over 30 kids that wanted to come,” she said. “Prior to Memphis when I lived in Houston, I always used to teach music on rock instruments. And when I arrived here, I became the Jewish music teacher. So, we rocked out, and I put two and two together and realized there’s a need that kids have. They needed a space, they wanted to play drums, they wanted to rock, and so I partnered with Jewish Rock Radio and the School of Rock in Memphis, and I created a program that was similar to the School of Rock program. The main difference was we focused on Jewish artists.”

Abbie plans to use the philosophy in her new position at Temple Judea. She’s already been giving online workshops using the platform.

“I want others to use it,” she said. “I’m happy to help people with their grant writing to create a similar initiative. But really the idea of it is to to give it away, to help others find hope. It also is a proven way to connect teenagers with Judaism through music. So, I hope to bring it with me in whatever capacity I can.”

Also, on Abbie’s agenda for later this year is the completion of her third album. It will mark the third collaboration with producer Elijah Palnik who guided her through the albums “Nitzos” and “Hakol L’tovah.”

“My first album, Nitzos, was about sparks, and Hakol L’tovah was about ‘It’s all good,’” she said. “And now it’s about bringing it into the world. The main idea is ‘shine on.’ I’ve changed completely in the past five years. I’ve worked on my cantorate, and everything has completely transformed who I am as a musician and prayer leader.

“So, this next album will take that to the next level, and the idea is to help inspire others who are also looking to shine and maybe help their light get brighter in this world, because we need people to be who they are. We need our voices to speak our truths and not be shut out. The idea of this is to help people feel inspired and light their match, to inspire them.”

Abbie has already inspired her legion of fans and Jewish Rock Radio listeners. Sheltering at home through the pandemic has increased her awareness of the power of music.

“The need for music and the need for G-d and spirituality, I think has grown exponentially,” she said. “And whether it’s through your synagogue and prayer or whether it’s just sharing hope and healing, I’ve noticed that hearts are open, people are praying with everything that they have. It’s been a blessing in an odd way, it has really brought my family closer together, it’s given us an opportunity to hold on tightly to our blessings.”

Log on to  jewishrockradio.com and Join the Jewish Rock Radio community. You can keep up to date on Abbie Strauss’ Jewish Rock music on her website at abbiestrauss.com. 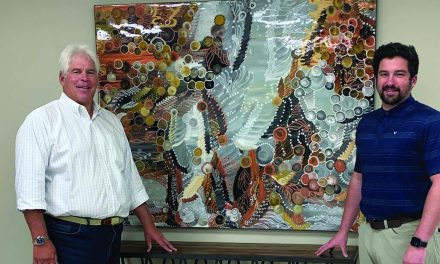 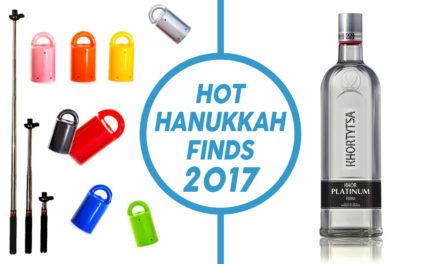 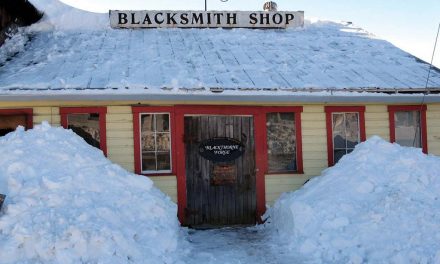 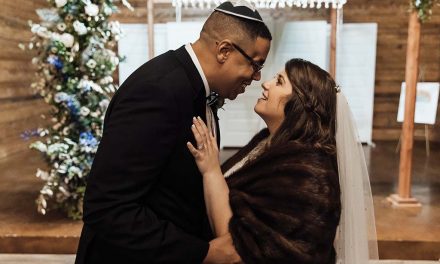